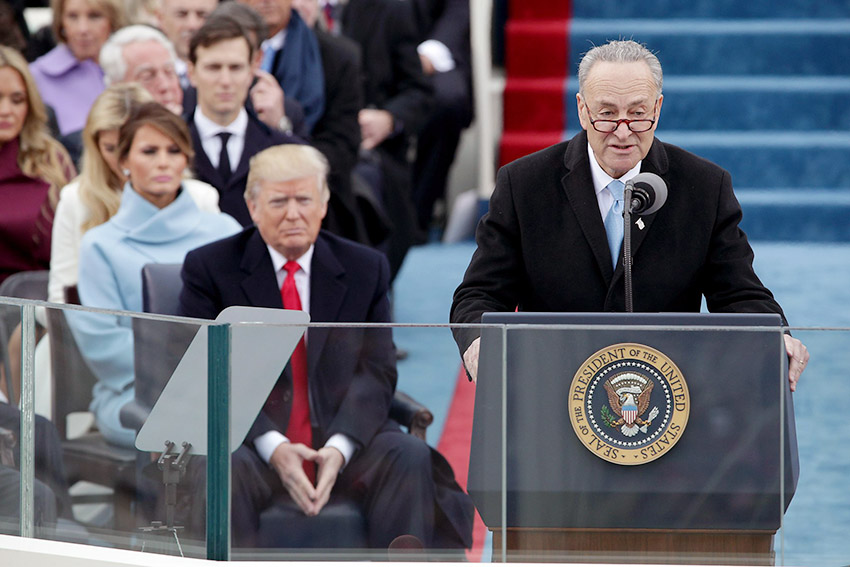 President Donald Trump watched Fox & Friends Wednesday morning to get his early briefing on the latest about the previous night’s terror attack in lower Manhattan that left eight dead.

Pointing his finger at Schumer, the president tweeted that the terrorist came into our country through what is called the  ‘Diversity Visa Lottery Program’” which he called “a Chuck Schumer beauty,” adding, “I want merit based.”

“We are fighting hard for Merit Based immigration, no more Democrat Lottery Systems. We must get MUCH tougher (and smarter),” Trump continued.

Political correctness is over; we now enter the “rage stage” where people let emotion dictate the rules. Immigrants are going to be targeted in a ruthlessness manner; systematically programs that were designed to help them will be gutted or eliminated.

Austrian voters paved the way for the nationalist Freedom Party to enter government, heralding a shift to the political right that’s likely to make the country a more prickly ally for its European partners.

Projections after Sunday’s election put the populists within reach of second place behind the People’s Party of Foreign Minister Sebastian Kurz, 31, who claimed victory after a campaign built on outflanking the Freedom Party with a hard-line stance on migration. He now has a mandate to form a coalition, replace Social Democrat Christian Kern as chancellor and become the world’s youngest government leader. Full Story

Kurz is not only the youngest leader in Europe but one that is set to give new life to the Alt-right movement.   The fact that he is a millennial illustrates that his stance resonates with the young and that this trend has a lot of staying power.

The Great Saudi Cleanse (just another word for the great Culling)

Some senior figures detained in last Saturday’s purge in Saudi Arabia were beaten and tortured so badly during their arrest or subsequent interrogations that they required hospital treatment, Middle East Eye can reveal.  People inside the royal court also told MEE that the scale of the crackdown, which has brought new arrests each day, is much bigger than Saudi authorities have admitted, with more than 500 people detained and double that number questioned Full Story

One of the most famous is Prince Bandar bin Sultan, a former Saudi ambassador to Washington and confidant of former US President George W Bush.  There is no word on his fate, but Saudi authorities said that one of the corruption cases they are looking at is the al-Yamamah arms deal, in which Bandar was involved. Full Story

We stated that we were in the midst of a culling period, we failed to mention that it would be a phenomenon that would be experienced worldwide and not localised just to the US.  Now we know why the Saudi’s went to Russia.  Prince Bandar Bin Sultan had the audacity to threaten Putin for supporting Syria. He stated he would open the floodgates for terrorists to flock into Russia. Then they supplied the rebels with weapons to fight Russia and Assad’ forces.  We stated that the Russian Bear would not rest till blood was drawn and it has drawn a lot of blood with this strike. The Saudi’s understand Russia is there to stay in the Middle East as do the Israeli’s. More and more nations will turn to Russia for help as they proved how effective they were at destroying ISIS in Syria.