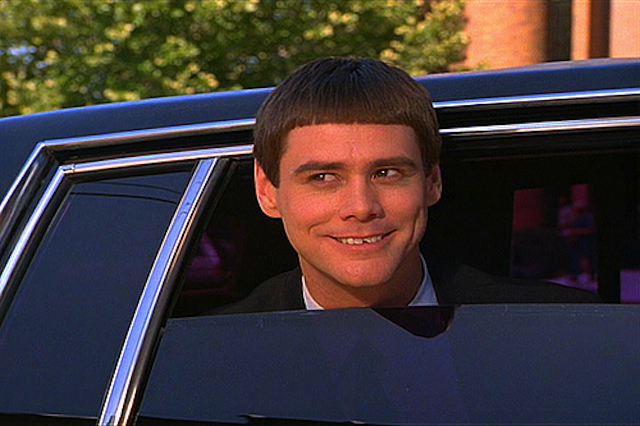 A random study was conducted with 348 young children to find how many of them   (3-7 years of age) had a television in their room. The results were shocking, over 70% of them had televisions in their rooms.  These kids had an 8-point drop in math scores, a 7-point drop in reading scores and another 8-point drop in writing scores.   A similar study was conducted by John Hopkins University with 400 children. Full Story.  The evidence illustrating that Americans are becoming dumber is growing. A more recent article from USnews indicates that math scores continue to drop and there appears to be no end in sight.

“We’re losing ground — a troubling prospect when, in today’s knowledge-based economy, the best jobs can go anywhere in the world,” said Education Secretary John B. King Jr. “Students in Massachusetts, Maryland, and Minnesota aren’t just vying for great jobs along with their neighbours or across state lines, they must be competitive with peers in Finland, Germany, and Japan.”

Nonetheless, the researchers say that a meta-analysis of simple reaction times recorded between 1884 and 2004 shows a substantial decline in general intelligence: “1.23 IQ points per decade or fourteen IQ points since Victorian times.” While some dispute the notion that reaction time is an accurate measure of intelligence, Dr James Thompson, the honorary senior psychology lecturer at UCL told The Daily Mail that reaction times are “a real measure, with a reasonably large correlation with IQ, so this is an alarming finding and needs further investigation.”  Big think

Americans are becoming dumber due to their obsession with watching Television

The English call the Television the boob tube and rightly so; individuals are weaned from one breast that provides nourishment to another that provides nothing but pure arsenic for the mind.  Most of these kids watch meaningless cartoons where the concept of extreme selfishness and violence is the norm of the day; is it any wonder then that they grow up only thinking about themselves, their own needs, the fastest possible way to satisfy them and how to make a quick buck.

Throw in Reality TV, and you have the perfect recipe for stupidity on steroids.

After leading the world for decades in 25-34-year-olds with university degrees, the U.S. is now in 12th place. The World Economic Forum ranked the U.S. at 52nd among 139 nations in the quality of its university math and science instruction in 2010. Nearly 50% of all graduate students in the sciences in the U.S. are foreigners, most of whom are returning to their home countries;

The Oklahoma Council of Public Affairs commissioned a civic education poll among public school students. A surprising 77% didn’t know that George Washington was the first President; couldn’t name Thomas Jefferson as the author of the Declaration of Independence, and only 2.8% of the students actually passed the citizenship test. Along similar lines, the Goldwater Institute of Phoenix did the same survey, and only 3.5% of students passed the civics test; Psychology today. If regular TV made individuals think less, reality TV is almost as TV on steroids regarding its effect on the brain. A brain is not even necessary when you look at what passes for TV today.

More and more parents are being put into nursing homes because these chaps don’t want to be burdened with any problems. They forget all the hard work and sacrifice their parents went through to raise them.  There are more frivolous law suits now than any time in history; everyone is looking to make a big quick buck minus the hard work.  The rate of fraud has reached historic proportions, and people are willing to do more insane things for a quick buck; a woman auctioned the space on her forehead for 10,000 dollars. This gives the online casino that won the bid the right to tattoo her forehead with their logo for life.

According to a very recent Gallup Poll, US moral values have slipped to a 7-year low.

Americans’ ratings of U.S. moral values, consistently negative through the years, have slipped to their lowest point in seven years. More than four in five (81%) now rate the state of moral values in the U.S. as only fair or poor. Gallup.com

The massive decline in moral values proves that Americans are becoming dumber by the day; the new mantra is anything for a buck.

Individuals have Kids for the wrong reasons

The previous generation was dumbed down to a certain extent but the present generation is getting a super sized portion of dumbness, and the biggest culprits, for the most part, are the parents. They simply don’t spend enough time with their children; their reason for this is “we don’t have enough time we are too busy trying to earn a living”. Our response to them is then why did you have kids in the first place.

We posed this question to some of our associates and we rather surprised to find out that many of them were doing the same thing.  In many instances the answer was “Oh we felt it was time to have kids” or we wanted to have kids or some variation of that answer. Not once did any of them state that they wanted to have kids to maybe make this world a better place by teaching them the things they were denied or something along these lines.

Parents claim they want to give their children all the things they did not have when they were growing up.  However, this only turns normal kids into brats. It seems this world thinks that material things will make for a better generation (many parents seem to think that if they give the kids all the material things they lacked that they are doing a good job; wrong they are doing a terrible job. If these individuals have nothing to strive for as kids they will not want to work hard for anything when they grow up).

The dinner table is ground zero. “When parents begin to cede control to their kids, food choices are often the first thing to slide,” Sax writes in his new book, The Collapse of Parenting: How We Hurt Our Kids When We Treat Them Like Grown-Ups. A rule such as “No dessert until you eat your broccoli” has recently morphed into “How about three bites of broccoli, and then you can have dessert?” The command has become a question capped with a bribe, as Sax puts it. Dinner at home requires polling kids on what they’re willing to eat; the options might include roast chicken and potatoes or chicken fingers and fries. You can bet which they choose. So parents renegotiate: How about sweet potato fries? Full Story

Once the parent gives in, it’s all downhill from there. It’s the same thing with investing. If you give in and follow the herd, the result is always brutal. Only those that don’t follow the masses tend to well in life and the stock market.  Indirectly, parents are teaching kids that is good to be part of the herd. It’s good to give in as you will be rewarded; real life does not work this way.

Today’s general has lost the ability to think inductively

Inductive thinking is where you have to determine something without being fed standard or distorted data. For example, real Technical Analysis; here you look at a chart and try to determine a pattern, but you do so based on indicators that appeal to you and you also determine how you should use them. Now in fundamental analysis, you just look at fixed data, so you and everyone else end up with the same conclusion. The same is true for the so-called Technical Analysis the average Joe tries to memorise and hopes that this information is enough to make him a fortune.  The masses are taught to use a standard set of tools in a specific manner, so no inductive thinking is involved.

Reading stimulates the Mind; TV puts the mind to sleep

That’s why it’s far better to let kids read books or play games than to let them sit by the TV and vegetate in every sense of the word.  Is it any wonder then that the United States cannot even make it to the top 20 in the world when it comes to Mathematics, Science, and Writing skills even though we spend more money than any other nation on education; some of the poorest countries in the world are leading in these areas.  For more details click on this link Americans are behind other developed nations

Today’s Generation does not understand the principle of hard money

The main purpose of creating a generation of dummies is so that no one will question Fiat.  Fiat money is backed by nothing other than people’s faith in their government. As corrupt individuals run our government, it is easy to project that the deficit will continue to grow in the trillions with the passage of each year.  Most of the today’s generation does not even understand that they are being paid with a worthless currency that is created out of thin air.  Then they wonder why the cost of goods continues to rise; well the number of dollars has risen, so your purchasing power is dropping.

Very few people know the true significance of Gold and how it could end all the misery caused the insidious silent killer tax otherwise known as inflation.

To become a successful investor, you need to think out of the box

The crowd will always be used a cannon fodder and more so now as each generation seems to become dumber than the previous generation. This creates a vicious cycle, and the top players are only too happy to let it continue.  The crowd never bothers to learn from history; if they did, they would not fall for the same ploy over and over again.  They are tricked into buying assets when they are over inflated and then pushed into selling them when they are underpriced.

Think like a true contrarian investor and not a fashion contrarian. Understand the basic principles of Mass Psychology, and you can avoid 90% of the pitfalls the average Joe succumbs to especially when it comes to the financial markets. In the financial markets, there is no room for hope or desperate people. In their desperate attempt (it may not seem desperate but study the actions of most parents, and you will find that in general, it is) to give their kids a better life than they had, they are giving them one that is infinitely worse than they could have ever imagined.

Once again we find ourselves mouthing the same phrase “welcome to the new world order”, an order which will be built on chaos and the “I want everything now syndrome”.