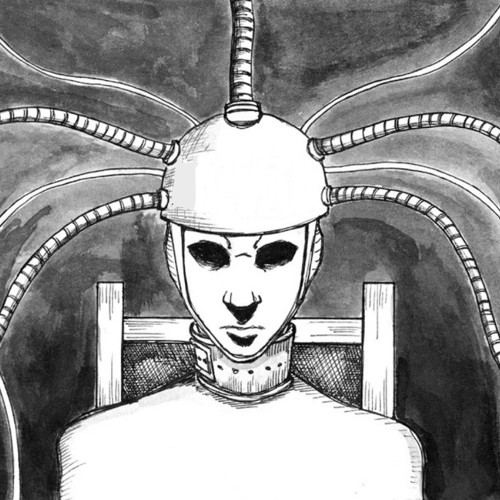 Indoctrination Definition: Are Your Perceptions Really Yours?

The obvious answer would be to state that the guy that has the data to back his point, but if one digs deeper one would have to ask whether this data is indeed valid, has it been independently verified are the sources legit, etc.  But even that does not matter, for no matter what data either individual provides to the other, they will both stick to their guns.

The right answer is that they are both right, for nothing anyone can say will move them to change their position.  Welcome to the world of indoctrination.  Being conservative or liberal or open-minded or closed-minded, or whatever label you want to come up, is in most cases nothing but a form of indoctrination. You think the way you do because of your parents, the school you went to, the friends you have and your religious bent and so on.

Taking things even further, one can state that the liberals are not wrong for the way they see the world because they believe in that line of thinking and the same applies to the conservatives. Alt-right and Alt-left are nothing but forms of indoctrination and the extreme right and left have just received a super dose of brainwashing.

The masses are Indoctrinated Into Believing Experts Know it all

This is the main reason we have stated over and over again, that one should not wear their emotions on their sleeves, for no good can come from it.  What has made things worse today is that very few people agree to disagree and move on to a new topic. Today opposing groups want to beat their views into the other group, regardless of whether they agree or not.

This is how the trend of polarisation started. Once you start telling a group that does not agree with you, that they are wrong, that they are stupid and start calling them names, a dangerous sequence of events is triggered and nothing the other camp says or no matter what evidence is provided, the opposing camp will refuse to budge. Look around today for that is where we are and the trend is still in its infancy.

Noam Chomsky Provides A Nice Overview On the Field of Indoctrination

This is a long topic and thankfully, Noam Chomsky provides a nice overview of this subject. We will cover this topic in more detail but if you are interested in understanding more about the inner working of the mindset, then this is a topic one should familiarise themselves with and this video provides a good starting point

Random notes on other topics besides indoctrination

The idea is to incept the seeds of doubt; if you want more clarification on this topic, just watch the movie Inception.  The top players have been incepting ideas into the masses for millennia; it works brilliantly and the results are highly rewarding so this process is not going to stop soon.  Once the seeds are sown, it is easy to use mass media to provide this seed with a nourishing environment and from seedling,  this doubt grows into a massive tree.

In the guise of trying to provide individuals with information, the medias main goal is to brainwash individuals. One of the main ploys is misdirection; this technique revolves around the ploy of creating a mountain out of a molehill to redirect the masses focus. Sadly, this technique works like a charm. The two most effective  Brainwashing institutions are public schools and the mass media

This is another technique that works like a charm and it is blatantly used in the financial sector. Expert after expert spouts an opinion and often the opinions are in direct opposition to each other. The idea is twofold, first to load you with so much information that you don’t quite remember all the details. Secondly, the idea is to cover both ends of the story and when the outcome comes to pass, they make it look like that was the main outcome they were broadcasting all along. In other words,  when it comes to the markets, the experts cover both ends of the game, therefore there is no way they can lose.

However, what the masses fail to understand is that they are guessing just like the crowd is, but the only difference is that they control the media, while the people in the crowd are nothing but passive observers, waiting to be taken for a ride. Brainwashing Techniques Institutions & The Media Utilize

Dur­ing the Korean War, Korean and Chinese captors reportedly brainwashed American POWs held in prison camps. Several prisoners ultimately confessed to waging germ warfare — which they hadn’t — and pledged allegiance to communism by th­e end of their captivity. At least 21 soldiers refused to come back to the United States when they were set free. ­It sounds impressive, but skeptics point ­out that it was 21 out of more than 20,000 prisoners in communist countries. Does brainwashing really work in any reliable way?

In psychology, the study of brainwashing, often referred to as thought reform, falls into the sphere of “social influence.” Social influence happens every minute of every day. It’s the collection of ways in which people can change other people’s attitudes, beliefs and behaviors. For instance, the compliance method aims to produce a change in a person’s behavior and is not concerned with his attitudes or beliefs. It’s the “Just do it” approach. Persuasion, on the other hand, aims for a change in attitude, or “Do it because it’ll make you feel good/happy/healthy/successful.” The education method (which is called the “propaganda method” when you don’t believe in what’s being taught) goes for the social-influence gold, trying to affect a change in the person’s beliefs, along the lines of “Do it because you know it’s the right thing to do.” Brainwashing is a severe form of social influence that combine­s all of these approaches to cause changes in someone’s way of thinking. Full Story

The True Story of Brainwashing and How It Shaped America

Journalist Edward Hunter was the first to sound the alarm. “Brain-washing Tactics Force Chinese Into Ranks of Communist Party,” blared his headline in the Miami Daily News in September 1950. In the article, and later in a book, Hunter described how Mao Zedong’s Red Army used terrifying ancient techniques to turn the Chinese people into mindless, Communist automatons. He called this hypnotic process “brainwashing,” a word-for-word translation from xi-nao, the Mandarin words for wash (xi) and brain (nao), and warned about the dangerous applications it could have. The process was meant to “change a mind radically so that its owner becomes a living puppet—a human robot—without the atrocity being visible from the outside.” It wasn’t the first time fears of Communism and mind control had seeped into the American public. In 1946 the U.S. Chamber of Commerce was so worried about the spread of Communism that it proposed removing liberals, socialists and communists from places like schools, libraries, newspapers and entertainment. Hunter’s inflammatory rhetoric didn’t immediately have a huge impact—until three years into the Korean War, when American prisoners of war began confessing to outlandish crimes.

When he was shot down over Korea and captured in 1952, Colonel Frank Schwable was the highest ranking military officer to meet that fate, and by February 1953, he and other prisoners of war had falsely confessed to using germ warfare against the Koreans, dropping everything from anthrax to the plague on unsuspecting civilians. Full Story