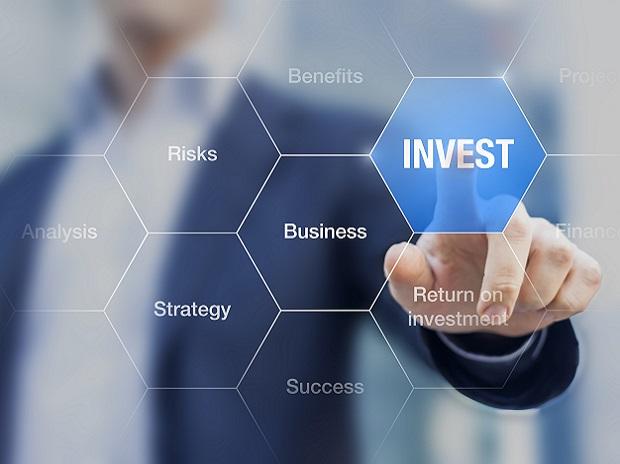 Business Investment; the best time to buy is when the crowd is scared

Business investing: One of the best places to invest in is the stock market, provided one understands how the masses operate. The mass mindset is wired for failure; it is programmed to panic when anything stressful presents itself and that is very dangerous when it comes to the stock markets. In short, as a business investment, the stock market could be considered to be one that provides the best return on capital provided one does not allow one’s emotions to do the talking.

Look at the recent headlines; all the top players are going out of their way to create a mountain out of a molehill. I wonder why? Are they doing this because they love the masses so much? We think not; the idea is to fleece the masses both ways; on the way and on the way down.

Nothing drives the masses more insane then uncertainty. Suddenly create the illusion of uncertainty, and all hell will eventually break loose.  All hell is the secret code word for long-term opportunity.  Individually these stories are not a big deal, but what stands out is all these comments were made around the same time; it almost seems like a coordinated event.

Even Stan Druckenmiller doesn’t know where markets go next

After a wild three months in the financial markets, the billionaire investor is warning that trading conditions may become even more challenging as central banks withdraw stimulus from a global economy that’s already slowing. He anticipates lousy returns on stocks for years to come and has been buying US Treasuries on the expectation that yields will keep dropping.

“If you look at the indicators I have historically used in my business, they’re not red yet, but they are definitely amber. https://bit.ly/2Q1qgYY

Greenspan Says Politics Today Are Unlike Any He’s Seen

“I was in the U.S. government for almost 20 years and I’ve never seen anything remotely close to what we’re observing today,” Greenspan said on Bloomberg TV on Wednesday. “I think the economic outlook is being significantly affected by the poor politics,” he said, adding that he’s “very much concerned.” https://bloom.bg/2SmATr2

Janet Yellen is worried about the next financial crisis

Janet Yellen is worried about the next financial crisis and told a small, intimate audience at an event Wednesday night in Washington, D.C., that her biggest concerns were the potential for reversal of financial safeguards put in place after the crisis and growing corporate debt.

“I am worried that we are in a deregulatory mode and I see a lot of pressures building in the system to go further to really weaken fundamental safeguards that were created in Dodd-Frank. We are a decade after the financial crisis so that would be worrisome and wrong to do,” Yellen told the audience at the Women in Housing and Finance holiday event. https://on.mktw.net/2SOVuEu

What was the difference between the Feb 2018 correction and the current one?

At least there was a proper trigger for that event. Bullish sentiment surged to a seven-year high, even though it only maintained this reading for roughly ten days. Had that correction morphed into a back-breaking correction, we could justify it as at least two triggers were there; bullish sentiment soared to a seven-year high, and the markets were trading in the extremely overbought ranges. This time around, bullish sentiment did not even make it to the 54% mark, and our indicators had already pulled back from the overbought ranges. In fact, they were dangerously close to the oversold ranges on the monthly charts.

The next interest rate hike was already priced in and so were the effects of the tariffs.  However, when these events were weaponized, they started to become an issue.   Now that the big players have seen the benefits of this type of attack first hand expect it to be used ruthlessly in the years to come.  However, if you stop and focus on the forest as opposed to a single tree, this weapon will have no effect on you.

After everything was said and done, if you had held onto your shares from the 2008 crash and then added more as the market tanked incrementally, you would have made a fortune ten years later.   Let’s look at some random examples. To simplify matters we are going to assume that one lot of each stock was purchased roughly at the highest price during the 2007-2008 top and an equal amount was purchased at roughly at the lowest price in 2009.  However, any person employing simple Technical Analysis and Mass Psychology would have achieved a better average entry price, even though they did not purchase at the top or the exact bottom.

The Stock Market: Risk vs. Uncertainty

Life is risky. The future is uncertain. We’ve all heard these statements, but how well do we understand the concepts behind them? More specifically, what do risk and uncertainty imply for stock market investments? Is there any difference in these two terms?

Risk and uncertainty both relate to the same underlying concept—randomness. Risk is randomness in which events have measurable probabilities, wrote economist Frank Knight in 1921 in Meaning of Risk and Uncertainty.1 Probabilities may be attained either by deduction (using theoretical models) or induction (using the observed frequency of events). For example, we can easily deduce the probabilities of the possible outcomes of a game of dice. Similarly, economists can deduce probability distributions for stock market returns based on theoretical models of investor behavior.

On the other hand, induction allows us to calculate probabilities from past observations where theoretical models are unavailable, possibly because of a lack of knowledge about the underlying relation between cause and effect. For instance, we can induce the probability of suffering a head injury when riding a bicycle by observing how frequently it has happened in the past. In a like manner, economists estimate probability distributions for stock market returns from the history of past returns.

Whereas risk is quantifiable randomness, uncertainty isn’t. It applies to situations in which the world is not well-charted. First, our world view might be insufficient from the start. Full Story

How Do Investors Respond to Uncertainty?

Uncertainty in the economy—triggered, say, by a change in government, a diplomatic conflict, or a turn of the business cycle—is usually considered bad news for people who want to invest their money. But a new analysis from researchers at the Yale School of Management and Northwestern University looked at an unprecedentedly wide range of markets and found that investors are more concerned about actual volatility in prices than periods of high uncertainty. Indeed, their analysis suggests that investors historically have viewed periods of high uncertainty as being good news.

“There’s good reason to believe that just uncertainty by itself is bad,” says Yale SOM professor of finance Stefano Giglio, who led the study. The theory goes that a jump in uncertainty makes firms and individuals less likely to invest, driving down growth. “But we also know that when there’s high volatility there’s also high opportunity. So it wasn’t entirely clear: Are investors truly worried about market uncertainty?”

To answer that question, Giglio and his colleagues examined the prices of options, which are contracts that give investors the ability to buy or sell assets at a pre-specified price at some point in the future. They drew these data from the CME group, which includes information from the Chicago Mercantile Exchange, the Kansas City and Chicago Boards of Trade, and the New York Mercantile and Commodity Exchanges. Full Story

Understand the difference between risk and uncertainty while investing

Most people are unable to appreciate the difference between risk and uncertainty. When you invest in the markets or in any other asset class, there is an element of risk.

If you have seen investors getting confused between risk and uncertainty then they are not the only ones. Most people are unable to appreciate the difference between risk and uncertainty. When you invest in the markets or in any other asset class, there is an element of risk and also an element of uncertainty. In many ways, you can say that uncertainty is a very extreme form of risk. You can predict risk based on a mathematical formula and set the limits. In case of uncertainty, it is hard to set limits. That is why uncertainty cannot be managed; it can only be insured against.
Risk has a negative connotation and a positive connotation to it. For example, stock markets hate risk and any stock with a higher degree of risk gets a lower P/E valuation. What is the positive connotation of risk? Remember, all your investment decisions are risk-return trade-offs. To earn higher returns, you need to take higher risks. However, higher risk, by itself, does not guarantee you higher returns. How do we define risk? The risk is the potential for loss. Full Story