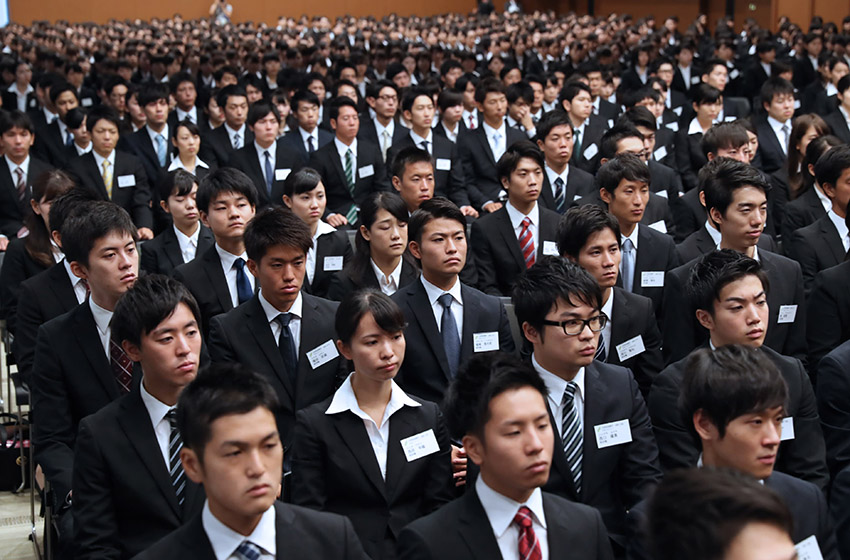 Have Too Many Employees, Branches

Japanese banks may have too many employees and branches, and the overcapacity is contributing to a drop in earnings power that may hurt the financial system, according to the nation’s central bank.  “The low profitability of Japanese financial institutions is striking from an international perspective,” the Bank of Japan said in its twice-yearly financial system report. The number of employees and branches “may be in excess relative to demand,” it said.

While banks in most advanced economies are struggling to cope with low-interest rates, the problem is particularly acute in Japan, where the central bank’s monetary easing has squeezed lending margins to among the lowest in the world. Japanese banks are also having to contend with a shrinking population which has prompted some smaller lenders to merge and larger ones to diversify operations and expand abroad. Full Story

Just another way of saying we need to replace humans with AI; the AI automation trend is gathering momentum at a frightening pace.

In a blog post from 2014, Luciano Barra Caracciolo, Italy’s new undersecretary for EU affairs, posted an image of an EU flag being peeled back to reveal a Nazi flag underneath. He has authored books on the incompatibility between EU treaties and Italy’s constitution, and has argued for the country to exit the euro. Full Story

The bill Gov. David Ige signed into law bans all chemicals containing the insecticide chlorpyrifos, starting in 2019. It also prohibits spraying pesticides within 100 feet of schools while they’re in session. Chlorpyrifos is sprayed on crops across the US to kill a variety of pests. People who apply it have to wear chemical-resistant gloves, coveralls, and respirators, and avoid treated areas for one to five days.  Full Story